The last thing that comes to mind when we think of someone being arrested for a DUI is someone riding a bicycle. So, can you get a DUI while riding your bike down the street?

In this article, you will learn: what a DUI is and whether you can get a DUI on a bicycle. And what would make a police officer suspect that a person is riding a bike under the influence? So you can stay on the right side of the law. Man with many tattoos taking a mug shot at a police station. Source: Cottonbro, Pexels

A DUI or OVI can be obtained on any motorized vehicle or bicycle, but the answer depends on the state in which you live. In states where DUI laws apply to all vehicles, it is generally possible to get a DUI on a bike because a bicycle is usually considered a vehicle.

Editors note: Don’t rely on some fixie-foo on the internet for critical legal matters (such as this one). I am not a lawyer and probably don’t live in your city or state. Municipalities have different laws, so please consult a lawyer or read up on your local laws.

What is a DUI?

A DUI, or Driving Under the Influence, in most states is a criminal offense. It is typically defined as driving while under the influence of alcohol or drugs. This includes riding a bike and driving a car, motorcycle, boat, or other vehicles.

While it is technically possible to get a DUI while biking, it is far less common than getting a DUI while driving a car. This is because cyclists are more difficult for police to observe and monitor than drivers.

How do the police evaluate if someone is ‘under the influence’?

On-site breathalyzer tests are typically used to determine BAC, but they can also be determined through a chemical test such as a blood or urine test.

A police officer will have sufficient reason to stop a person to determine sobriety if they are swerving between lanes on a road, biking erratically, or appearing to be distracted.

The officer will most likely request that the individual perform field sobriety tests as well as breathalyzer test to determine BAC levels. Furthermore, if an officer notices or smells alcohol on a rider, this may raise suspicions of a CUI.

Police officers can detect impairment based on factors such as poor driving, erratic biking behavior, slurred speech, red eyes, or the smell of alcohol on the breath. These actions may also result in charges of public intoxication or disorderly conduct, both of which are criminal offenses. Refusing to take a breathalyzer test can lead to a DUI charge in some states. This is usually considered a separate offense.

if you are concerned and want to breathalyze yourself, check out these breathalyzers. 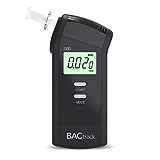 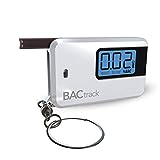 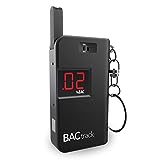 Can you get a DUI on a bicycle?

If you are suspected of being under the influence of alcohol while riding a bicycle, you can be stopped in all states. If a person is acting in an intoxicated manner, police officers have the right and responsibility to detain that person if it is suspected that they are a danger to themselves or others.

Is there a separate charge for cycling under the influence?

According to California Vehicle Code VC Section 21200.5, it is illegal to ride a bicycle while under the influence of alcohol or any drug, or a combination of alcohol and drugs. This is also known as cycling while intoxicated (CUI).

Although many states consider bicycles to be vehicles for the purposes of DUI, the reality is that a drunk cyclist will generally cause far less havoc than a drunk driver. In addition, drunk cyclists are involved in fewer accidents than drunk drivers. As a result, advocates frequently argue that there should be a separate body of law that deals solely with biking under the influence (or CUI), rather than ignoring it or lumping it in with driving under the influence.

A few states have taken steps in this direction, but for the time being, drunk cyclists are either treated as DUIs or are stopped by police officers and given a ride to a safe location with no real consequences.

This does not imply that you will be let off the hook if you cycle drunk. Drunk cyclists can cause accidents and injuries, and it’s much easier to be hit by a car or hit pedestrians. Officers can still impound your bike, pull you off the road, or otherwise prevent you from cycling if they believe you are a hazard to others.

A DUI as a cyclist is also not a lesser charge. It carries the same penalties as getting a DUI while operating a motor vehicle. Juveniles and college students are the most vulnerable to making this mistake. As a parent or guardian, it is important to discuss with your children the dangers of riding a bike while intoxicated.

What to do if you pull over on a bicycle

It is critical for your safety that you follow all the procedures requested during the initial stop. While an officer is usually required to show reasonable suspicion for pulling you over and probable cause for arresting you, it is in your best interest to simply follow their instructions, whether you agree or not. If you were wrongfully stopped, you can deal with it later in court.

When you’ve been released by the officer and arrived at your destination, jot down everything you remember about the encounter. If you decide to fight the charge, you will need this information.

Penalties for cycling while intoxicated

Cycling DUIs, regardless of the circumstances, are less serious than driving a car, but they are still considered misdemeanor criminal offenses. California law requires a $250 fine for a second DUI, but no other formal legal penalties are imposed.

However, because it is a criminal offense, you must report it on most job applications and college applications if you are convicted. Even if the offense is minor, it can hurt you because it involves alcohol or drugs. Depending on the circumstances, the officer may decide to file additional charges, such as public intoxication.

Hiring a DUI attorney for a bicycle DUI

If you are arrested and charged with DUI while riding a bicycle, you will face the same penalties as a driver of a motor vehicle. If you injure someone in the process, you could face higher fines and/or a long prison sentence. You will need the assistance of an experienced local DUI attorney to fight these charges. Please contact an attorney for more information on fighting a DUI charge.

If you want even more tips, watch this video called Can You Get A DUI On A Bicycle? from the The Umansky Law Firm YouTube Channel.

Do you still have questions? Below are some of the most commonly asked questions about cycling laws.

Can you get a DUI on a bicycle?

However, it is generally illegal to ride a bicycle while under the influence of alcohol or drugs. If you are found guilty of DWI while riding your bike, you could face serious consequences such as jail time, fines, and/or the loss of your driver’s license.

However, the chances of getting stopped are very slim. Unless you’re in an accident, it is unlikely that you will get caught. But still, don’t take the chance.

Can cyclists be breathalyzed?

Yes, cyclists, like drivers, are breathalyzed. According to the law, any vehicle, including bicycles, must have a working headlight at all times when operating on a public road. When pulled over by a peace officer, cyclists must identify themselves and show their driver’s license, registration, and proof of insurance.

Can you lose your license for riding a bicycle drunk?

Most jurisdictions consider biking while intoxicated to be a criminal offense, with penalties including fines, imprisonment, or sometimes loss of your driver’s license.

While riding a bike while drunk is not illegal, it is not recommended. It’s easier to get into accidents, harder to pay attention to what you’re doing, and you’re more likely to endanger others. If you’ve been drinking, take an Uber or a safe ride home, or find a safe place to stay and leave your bike chained up.

This article covered: what is a DUI? can you get a DUI on a bicycle? And what would make a police officer suspect that a person is riding a bike under the influence? Here are some key takeaways:

So, have you broken any drinking laws? Be honest. Did we cover everything you wanted to know? Let us know in the comments section below (we read and reply to every comment). If you found this article helpful, check our full blog for more tips and tricks on fixed-gear and single-speed bikes. Thanks for reading, and stay fixed.

1 thought on “Can You Get a DUI on A Bike? And What Do You Do if You Get Pulled Over?<h2 class='secondary-title'>You might not know this, but you can actually get a DUI or DWI on a bicycle! Read on to learn how to avoid trouble with the police. </h2>”

Hey there! My name is Bradley, and I've been riding fixed for years. I love all the joy and pain that comes with this unique style of cycling and the passionate community that drives it. If you love fixed-gear bikes, this is the place for you.

The 5 Best Fixed Gear Bike Brakes You Can Buy

Advertisements
I ride my bike to work and school. 🤔Thoughts? R