If you’re new to the world of fixies and just learned that they tend to not have brakes, you’re probably wondering—are fixed-gear bikes dangerous?

Fixies expose the rider to more risk than conventional geared bikes. A fixie’s danger level depends on how your fixed gear bike is set up and the rider’s competence. Once you get used to the lack of coasting, a fixie is no more dangerous than a single speed if you have brakes. However, if you ride without brakes, you instantly expose yourself to several risks, regardless of skill level.

But there’s a lot more to it than that. So, in this article, you will learn if fixed-gear bikes are dangerous, what makes them potentially dangerous, and how to ride safely so you can hit the streets with confidence.

Editor’s note: This article was updated on June 15, 2022, to include more information about staying safe while cycling.

Before learning more about bicycle safety, let’s answer our main question right away.

While fixed-gear bikes have a ton of benefits, one of the common concerns is that they are dangerous. The fact is that a fixed-gear bike can be hazardous, but it depends on the cyclist’s competence. All bikes pose some risk to both the rider and the pedestrian.

When you stop pedaling on a fixed-gear bike, the bike may swerve and fall over. This may be a huge issue since fixies perform best on city terrain. If you fall while riding a fixie, you fall hard. That can, however, be said about any bike.

Riding with a helmet will significantly increase your odds of not killing yourself on the road. Check out some of the ones below. 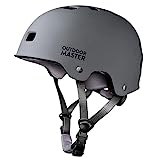 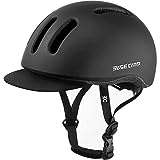 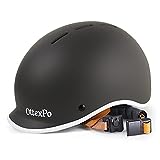 If you ride without brakes, you instantly expose yourself to many risks. No matter how skilled you are, there are just too many outside factors, like bad drivers and mechanical problems, that you can’t overcome with skill alone.

Another important consideration for safety is the weather. When it rains, the street will inherently be a lot slipperier. This is also true for the bike lane. This is something that all bikes have to come to terms with.

Your primary means of stopping is immediately ruled out if your chainring bolts fail and the chainring itself is no longer intact or not connected to the crank arms. Stopping using skidding is also not very quick and may take longer than stopping with typical brakes.

It is never a good idea to hit your pedal on the ground when cornering tightly. On a freewheel bike, you may cruise around the turns with horizontal pedals, eliminating the possibility of colliding. This is not an option for a fixie.

If you hit a fixed gear pedal, the pedal might pull the back wheel off the road, sending you down. The severity of the issue will be determined by your bottom bracket height, crank length, and pedal design.

Breaking a chain on a freewheel bike isn’t a huge concern, but it may be hazardous on a fixed gear bike. If the chain breaks loose from the chain wheel, it may get tangled or even loop around the back sprocket, causing the wheel to lock up. If this happens while you are on a turn, you will almost certainly crash. This is avoided by ensuring that your chain line is straight and that your chain is sufficiently tight.

Fixies lack the ability to “coast.” This means you can stop pedaling, and your bike will continue to move. If you are a new rider, the pedal movement can be surprising and may throw you off the bike. However, you’ll get the hang of it after your first few rides.

How to ride a fixie safely

For experienced and cautious riders, a fixie is no riskier than a regular bike.

If you’re a first-time fixie rider, starting modestly is best. For example, try cycling around your neighborhood. Look for calm and open locations. Don’t push the bike beyond its capabilities. Any bike is safer when the rider understands what they’re doing. This is especially true for fixed-gear bikes because the rider has greater control over the movement.

When you initially ride a fixie, I suggest spending some time in areas where there aren’t many other bikes or pedestrians. We propose beginning with a flip-flop rear wheel*, with a fixie on one side and a freewheel on the other, and carrying a wrench to flip it. Starting out on a fixie might be harder on your legs than you would imagine. It can be very beneficial to be able to switch to a single-speed (freewheel) and give your legs a rest.

If you want to see this covered in detail, watch this video called “How Safe Are Fixed Gear Bikes On City Streets?” from the Global Cycling Network YouTube Channel.”

A video called “How Safe Are Fixed Gear Bikes On City Streets?” from the Global Cycling Network YouTube Channel.

Below are some commonly asked questions regarding fixed gear bikes.

Yes. There is inherently more risk in riding a fixed gear bike than a geared bike with a front and rear brake. All types of bicycles naturally pose a risk to the rider. Fixed-gear bikes tend to be a little bit more dangerous than other bikes. This is because they tend to lag both front and rear brakes. However, this does not mean that fixies themselves are not safe. Instead, it means that a writer must have additional caution when riding.

Injuries sustained in bicycle accidents occur more frequently than most people realize. Every year, bicyclists are responsible for 2% of all deaths and injuries caused by traffic accidents.

How common are bicycle accidents?

Bicycle accidents can occur in any city or neighborhood. However, they are very uncommon and typically result in minor injuries. In the United States, there were 45,000 reported bicycle accidents in 2015, a decrease from the 50,000 accidents reported in the previous year. However, during the same period, fatal accidents increased by more than 12%.

Fixed-gear bicycles may be just as safe as any other bike if you know how to ride correctly. Remember that for a long time, all bikes were fixed-gear. Or, more precisely, no single geared bikes. They take some getting used to, but if you can ride a geared bike, you can learn to ride a fixie securely.

In this article, we discussed if fixed gear bikes are dangerous, what makes them potentially dangerous, and how to ride safely, so you can ride confidently. Here are some key takeaways:

So, do you like to live on the wild side like we do? Or is this a little too risky for you? Let us know in the comments below (we read and reply to every comment). If you found this article helpful, check out our full blog for more tips and tricks on everything fixie. Thanks for reading, and stay fixed.